The war has taken a heavy toll on the Ukrainian people, resulting in low national morale. Ukraine’s triumph at the Eurovision Song Contest in Turin was a welcome relief for the country at the time. The Kalush Orchestra’s “Stefania” was the winning entry.

The mother of one of the band members inspired what would become the unofficial national anthem of Ukraine. The Ukrainian people soon adopted it as a symbol of national pride amid a bloody conflict.

The song’s mother personifies Ukraine. In terms of difficulty, this year’s competition was especially demanding. Kalush, the Ukrainian delegate, won the popular vote and the matchup with his 12 points from the Polish people. The Polish team’s hopes of winning for the first time in years were dashed as they placed 12th out of 25 countries in the finals on Saturday.

An Overview of the Eurovision Song Contest

The Eurovision Song Contest was created in 1956 to unite European nations in the wake of World War II. Amid unprecedented turmoil on the continent, Eurovision symbolized European togetherness in the cause of freedom and peace.

Since Ukraine’s first participation in 2003 and Ruslana’s subsequent triumph in the song contest, watching Eurovision has become a fun springtime tradition that brings the country closer together.

The Win of the Year

Many Ukrainians have lost hope as they see horrendous crimes committed against humanity in their nation, but this year has brought the worst of their lives so far.

A triumph at Eurovision will not solve the crisis but will provide the Ukrainian people with a much-needed morale boost. Some analysts believe Ukraine is on the verge of another win.

Even though the Poles have been incredibly helpful during this conflict, the win was tinged with remorse because the Ukrainian panel issued a very strong judgement for the Polish contestants. You should know that the music’s quality determines the score in these competitions.

After months of fighting, media coverage of the situation in Ukraine naturally wanes. The annual Eurovision Song Contest, watched by an estimated 200 million people worldwide, has long served as a platform for highlighting pressing political, social, and environmental concerns. Media and public attention are being drawn to a demand from an orchestra for international aid to be sent to Mariupol and Azovstal. There was a spike in Google searches for “Azovstal” after Ukraine’s performance in the Grand Finale. People in the besieged city of Mariupol hope that international aid will be sent to free defenders holed up in a steel mill.

The public and major corporations are less likely to contribute as time goes on, and the media’s focus on crises like the one unfolding in Ukraine will eventually shift.

A greater number of people will learn about the humanitarian crisis in Ukraine as a direct result of Russia’s invasion if the country wins Eurovision.

A continuous flow of appeals for assistance and gestures of solidarity from foreign leaders may inspire a rise in donations.

Stefania Can Be Heard Around the Globe

If you haven’t already, you should check out Stefania, a popular song from the Ukrainian band Kalush. Could you do it now; the time is right? There is a possibility that the song will be inaccessible on various streaming sites in some areas owing to geolocation limitations.

These competitions can help raise attention to a country that has been hit hard by a natural disaster or a war. They do a fantastic job of lifting spirits and rallying the international community to aid a struggling nation. 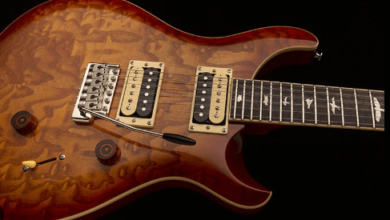